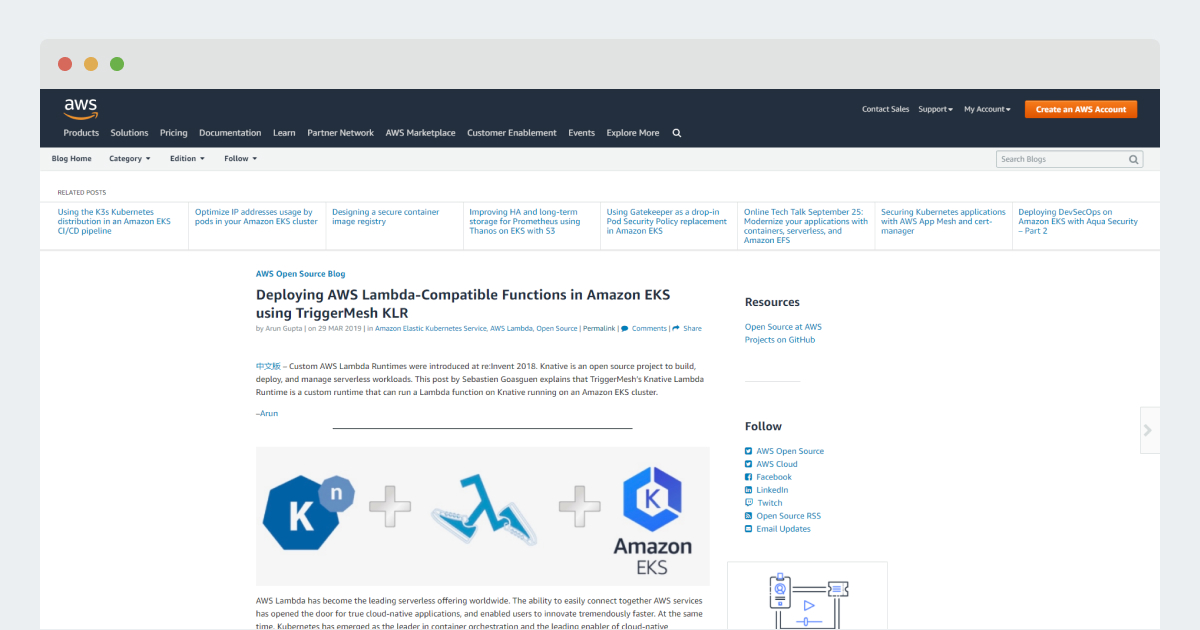 “Custom AWS Lambda Runtimes were introduced at re:Invent 2018. Knative is an open source project to build, deploy, and manage serverless workloads. This post by Sebastien Goasguen explains that TriggerMesh’s Knative Lambda Runtime is a custom runtime that can run a Lambda function on Knative running on an Amazon EKS cluster.”