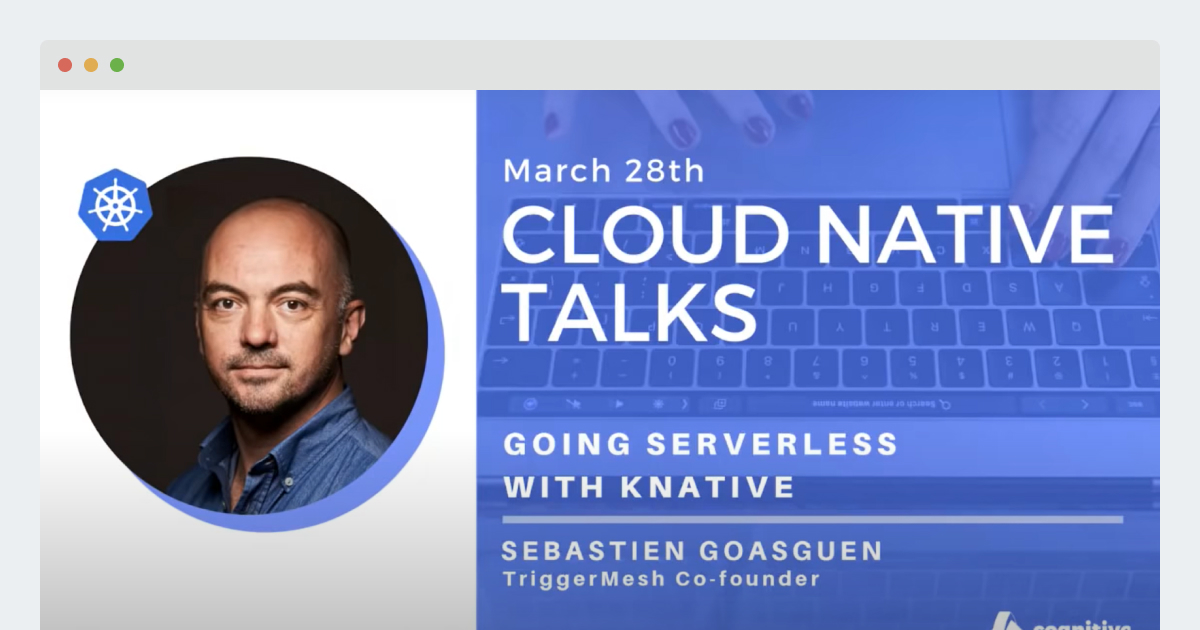 TriggerMesh co-founder, Sebastien Goasguen, discusses how to go cloud native with Knative during this Cloud Native Talk hosted by Cognitive.

Listen to the whole presentation