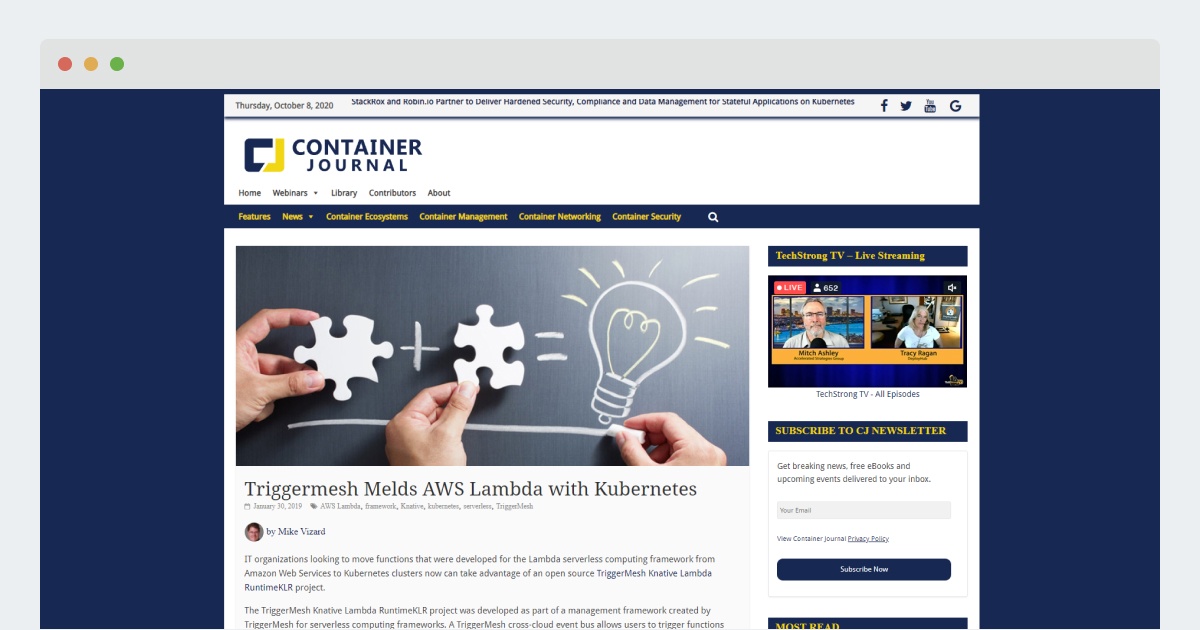 IT organizations looking to move functions that were developed for the Lambda serverless computing framework from Amazon Web Services to Kubernetes clusters now can take advantage of an open source TriggerMesh Knative Lambda RuntimeKLR project.