Dev Center: GitLab says less is more for Christmas – serverless that is 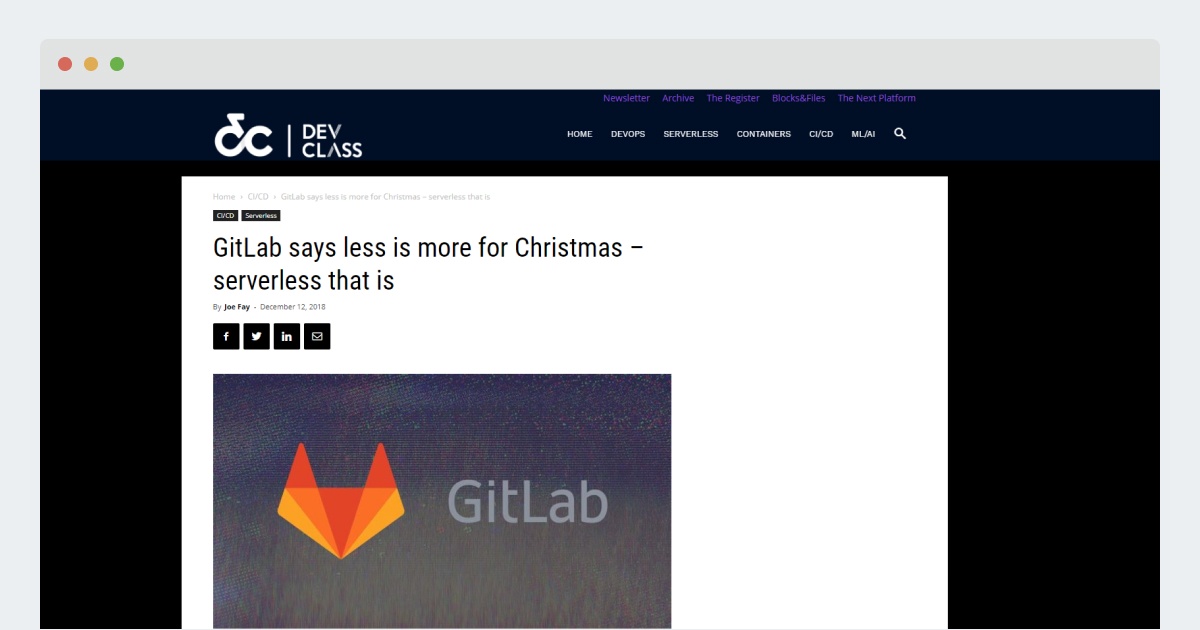