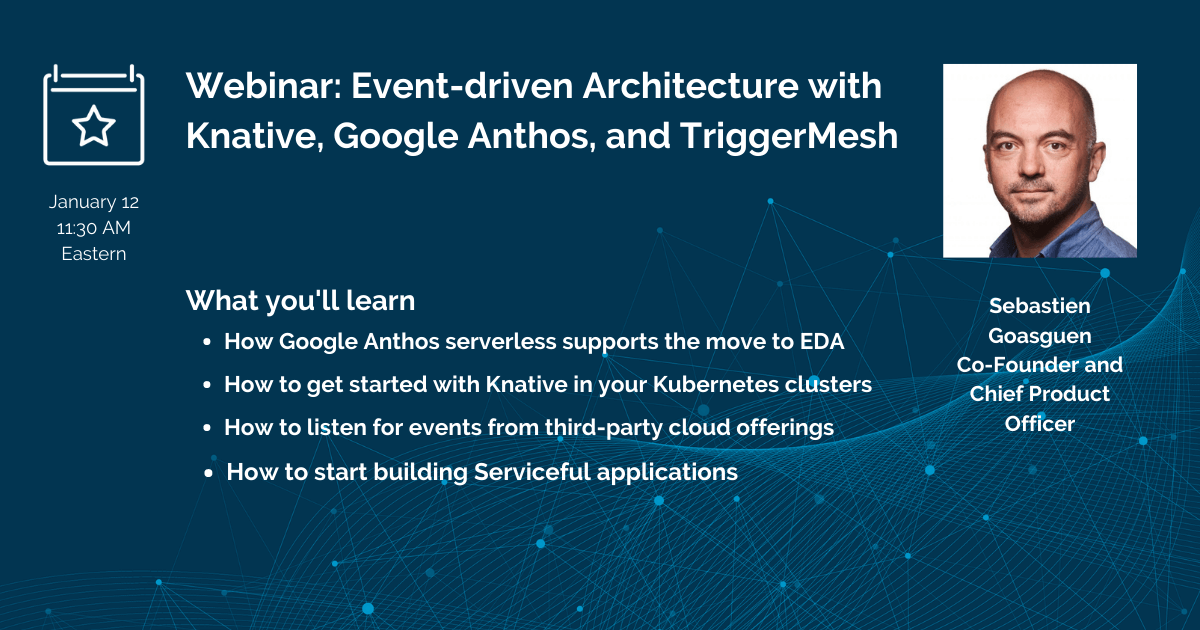 This recorded webinar introduces Google Cloud Run for Anthos with a focus on eventing. We will also show you how to use Anthos and TriggerMesh to bring EDA to every cloud and on-premises system.

What is Google Cloud Run for Anthos?

Google Anthos is an application management platform that provides a consistent dev and ops experience for cloud and on-premises environments.

Cloud Run for Anthos provides a great on-ramp to Event-driven Architecture (EDA). And with TriggerMesh, you can trigger Cloud Run serverless workloads from events anywhere, even on-premises!

TriggerMesh is a top 5 contributor to Knative. We will demo sourcing events from Salesforce, Zendesk, Slack, and Gitlab through an Anthos cluster and triggering any possible Google Cloud workload.

This webinar is ideal for:

Check out the recording!