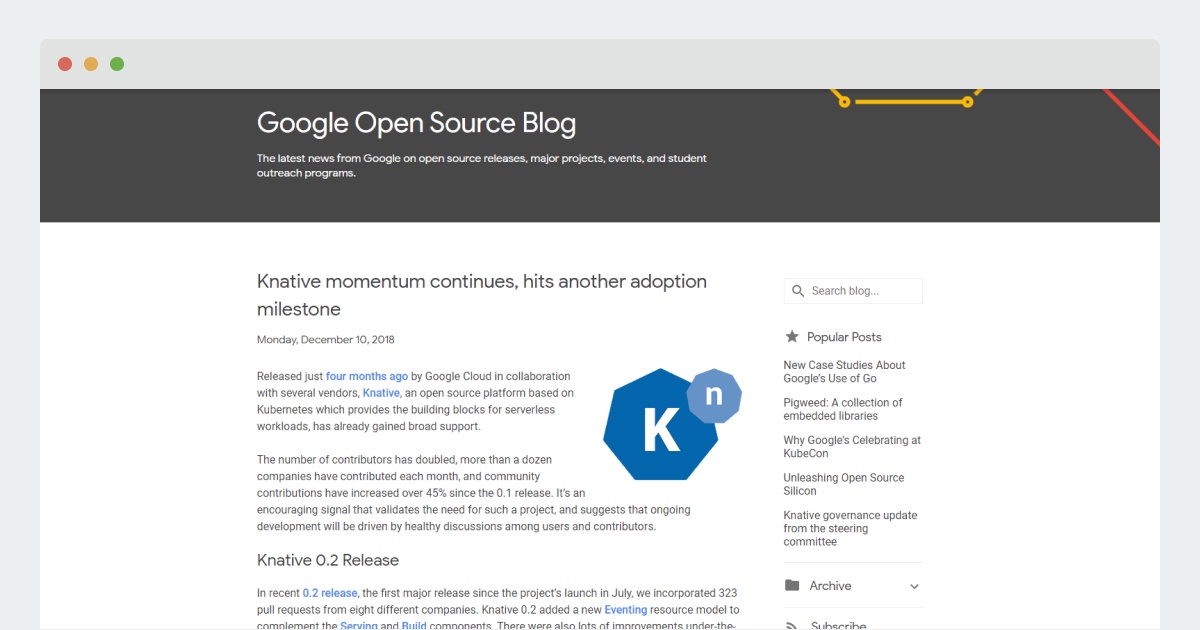 Similarly, TriggerMesh has launched a hosted serverless management platform that runs on top of Knative, enabling developers to deploy and manage their functions from a central console.

Knative provides us with the critical building blocks we need to create our serverless management platform.
Sebastien Goasguen, Co-founder, TriggerMesh

We’re excited by the speed with which Knative is being adopted and the broad cross section of the industry that is already contributing to the project. If you haven’t already jumped in, we invite you to get involved! Come visit github.com/knative and join the growing Knative community.