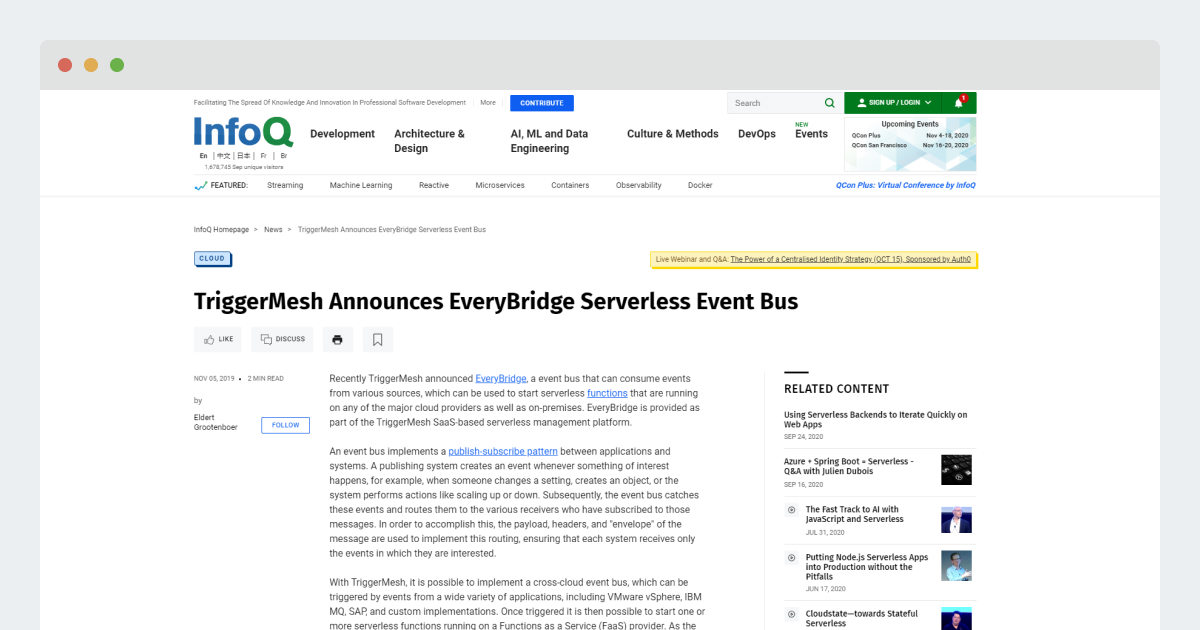 “Recently TriggerMesh announced EveryBridge, an event bus that can consume events from various sources, which can be used to start serverless functions that are running on any of the major cloud providers as well as on-premises. EveryBridge is provided as part of the TriggerMesh SaaS-based serverless management platform.