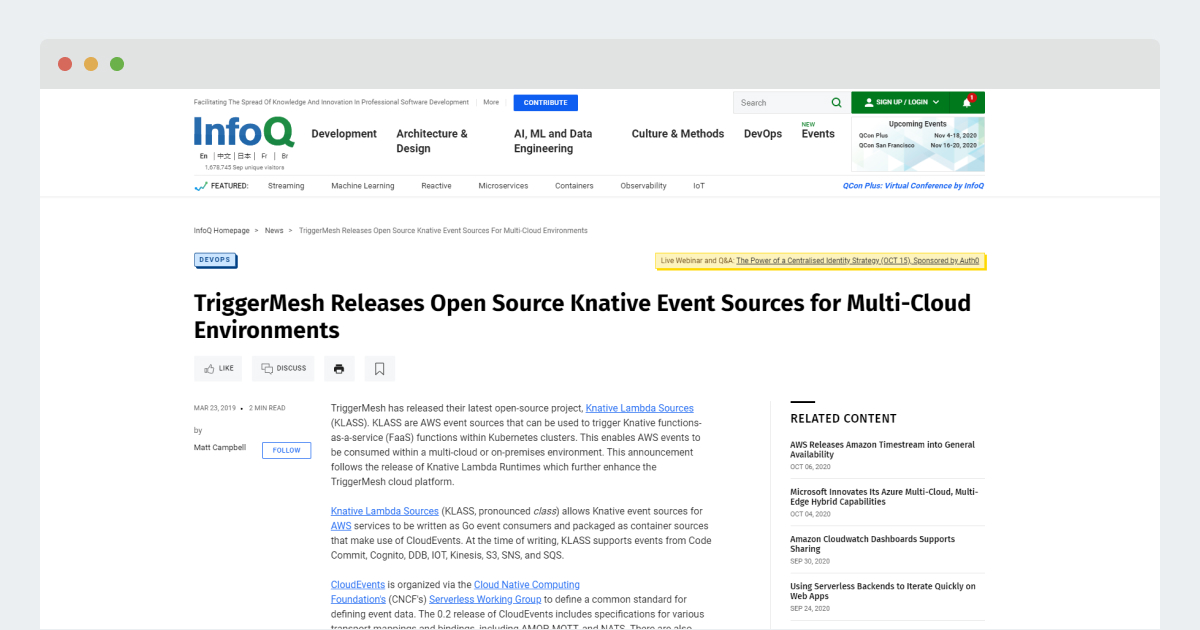 “TriggerMesh has released their latest open-source project, Knative Lambda Sources (KLASS). KLASS are event sources that can be used to trigger Knative functions in Kubernetes clusters. ”