Infoworld – Knative may be the serverless computing standard you need 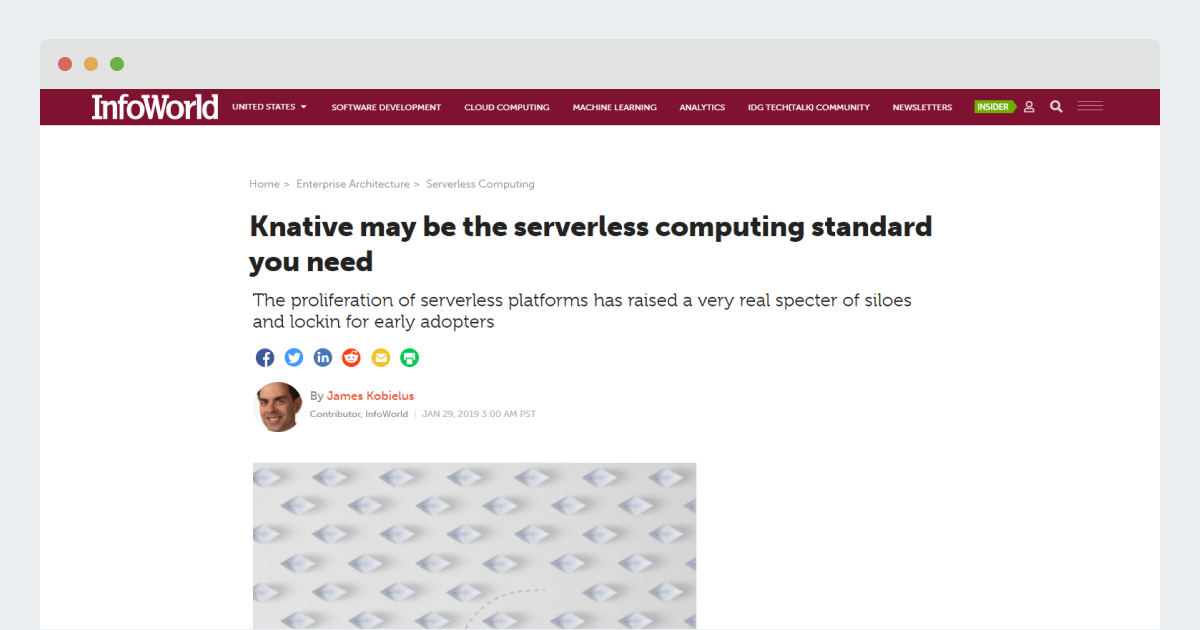 There are other pockets of industry support for Knative. For example, GitLab and TriggerMesh recently announced GitLab Serverless, which lets enterprises run serverless workloads on any cloud or on-premises infrastructure using Knative by deploying serverless functions and applications straight from the GitLab UI.