Intellyx - TriggerMesh: The Nozzle on the Streaming Kubernetes Firehose 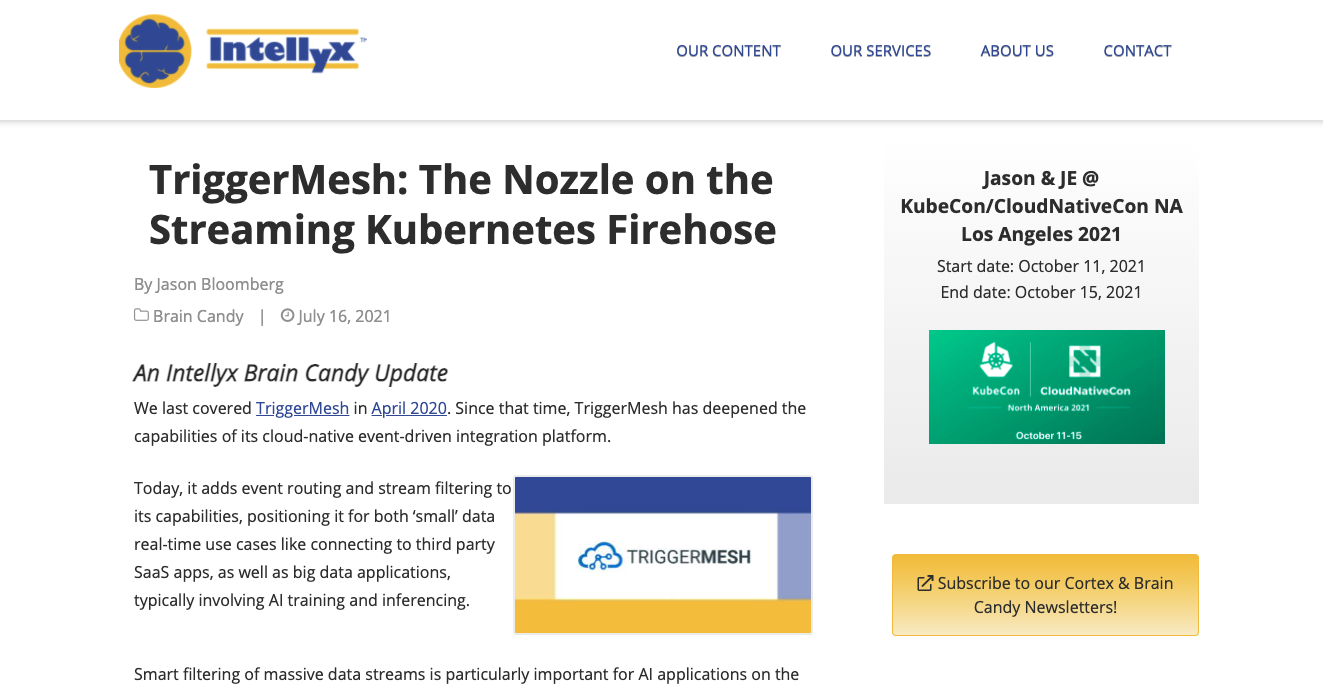 We last covered TriggerMesh in April 2020. Since that time, TriggerMesh has deepened the capabilities of its cloud-native event-driven integration platform.

Ray George has worked in a PR and marketing capacity with venture-backed B2B start-ups since 2000. Some of the companies he’s partnered with include Ansible (acquired by Red Hat), Cloudera (NYSE), MuleSoft (acquired by Salesforce.com), Puppet and Nimble Storage (acquired by HPE). Ray is based in Santa Barbara, CA. Ray loves reading, travel, discovering new music and Tottenham Hotspur! Fun fact too Ray was once in a band with the drummer of Foo Fighters where they played Rush and Led Zeppelin covers.