ITNEXT: As We May Kube 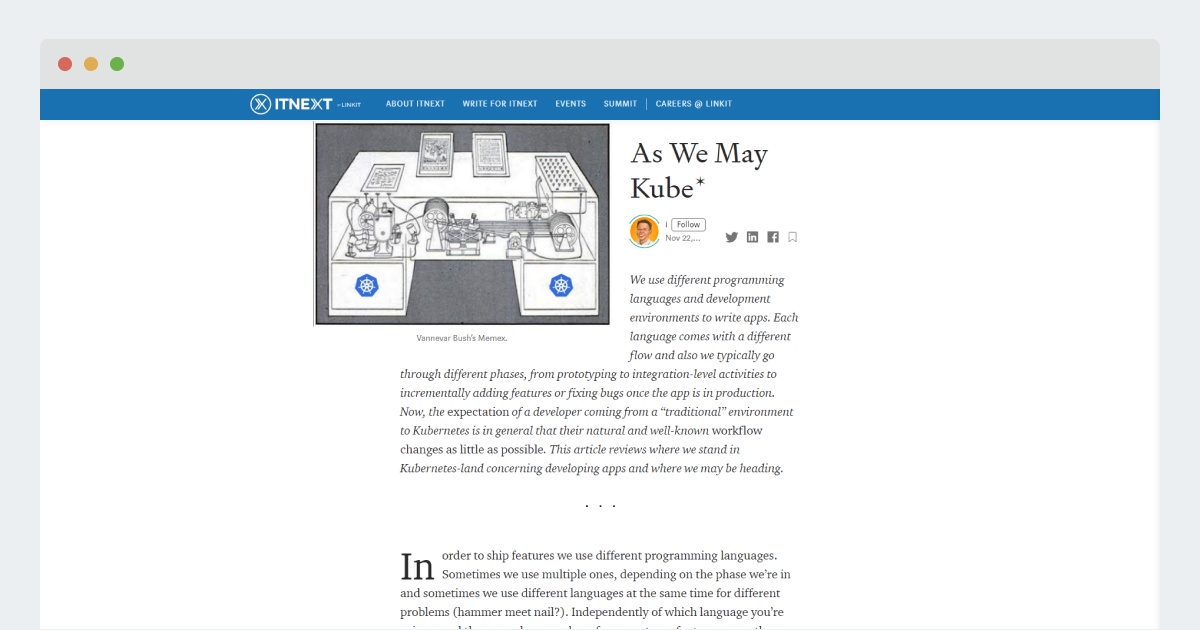 “Also, there are first offerings, such as TriggerMesh, that make Knative accessible”