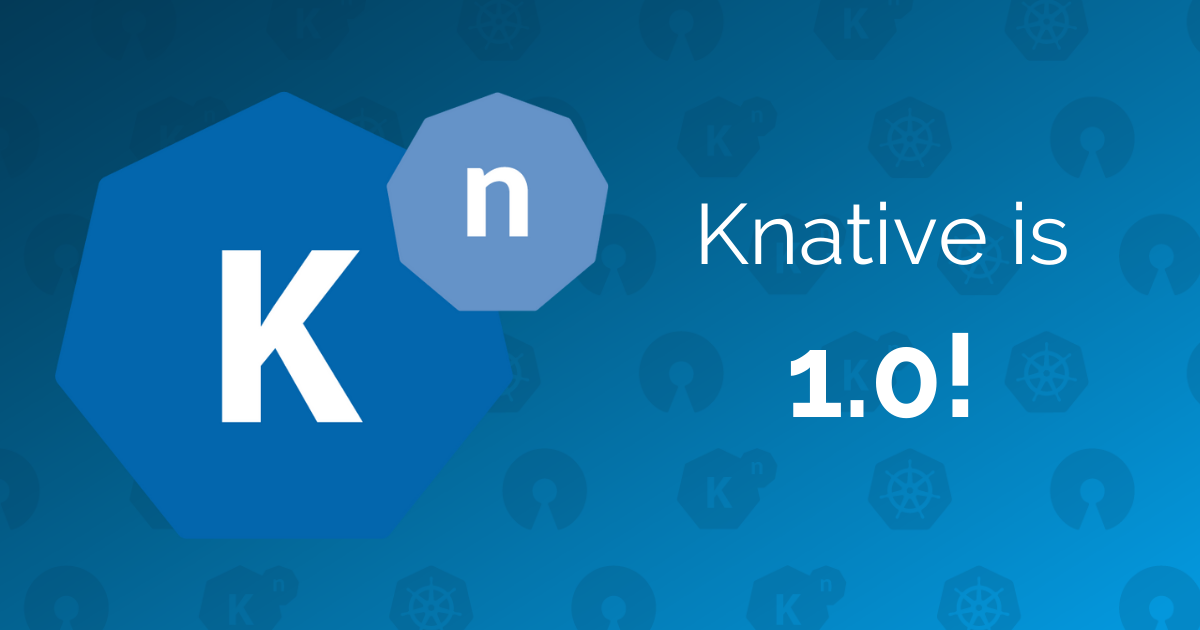 This week, Knative announced it is GA with the release of the v1.0 version. This is an exciting moment for the entire Knative community, including for us here at TriggerMesh. It has been three years since the original announcement of the project at Google Next and it has matured greatly to reach this milestone.

I jumped on Knative with my co-founder Mark Hinkle because we saw it as the best long term solution for serverless offerings on Kubernetes. I left my own project Kubeless because I thought it would not develop into a large enough project to be viable for its users. Knative has the backing of large vendors: Google who built Cloud Run to offer a Knative API, Red Hat who built Openshift serverless, and VMware who recently announced Cloud Native Runtimes as the foundation of Tanzu Application Platform, and of course the largest vendor of all TriggerMesh :)

Knative arrived at a time when Kubeless, Fission, OpenFaaS, Riff and other projects like OpenWhisk all provided some form of serverless solution on Kubernetes. The goal has always been to simplify the application deployment to provide a UX like AWS lambda by focusing on the core functionalities: auto-scaling and eventing. At TriggerMesh, we focused on eventing as we saw that it was the real magic that drew people to Lambda.

Many people should be thanked for Knative, too many to list them all of course, but a particular tip of the hat goes to Matt Moore and Ville Aikas who spearheaded the project from the get go. I also think of a few folks who were involved in the early Knative Build project which became Tekton pipelines, thanks to them as well.

A lot of hard work has gone into Knative so that it provides a set of primitives to build serverless workloads. These primitives offer a better abstraction for developers, one that simplifies the deployment of an application in Kubernetes by providing auto-scaling and networking routing capabilities out of the box without additional configuration. The Knative primitives also provide low-level event management functionalities, these functionalities are used heavily by TriggerMesh to build our integration platform that we open sourced at KubeCon.

With Knative now GA, we usher into a new time for the project, we could call it the time of productivity instead of the hype. To support this, TriggerMesh is announcing today that we are now offering support for Knative deployments. If you are a user of Knative in production, you can count on us to support you, we know Knative, we have been using it since day 1, we are the number one startup contributing to it and we have maintainers of the project. We are going to support any conformant Knative deployment and we are also providing our own distribution.

On a personal note, I am also excited to put my name in the ballot to join the Steering Committee of the project and help in its next phase. Open source projects deserve long term commitments so that users can base their infrastructure on them. To help further the Knative ecosystem, now is the time to put in the work to gain the trust of the Kubernetes community. Moving the project to CNCF would help win user trust, and this is something I will push for. It simply makes sense to unify all major Kubernetes-related projects under the same roof. Until then, let’s celebrate another open source milestone and as always: go to GitHub and check out the Docs.