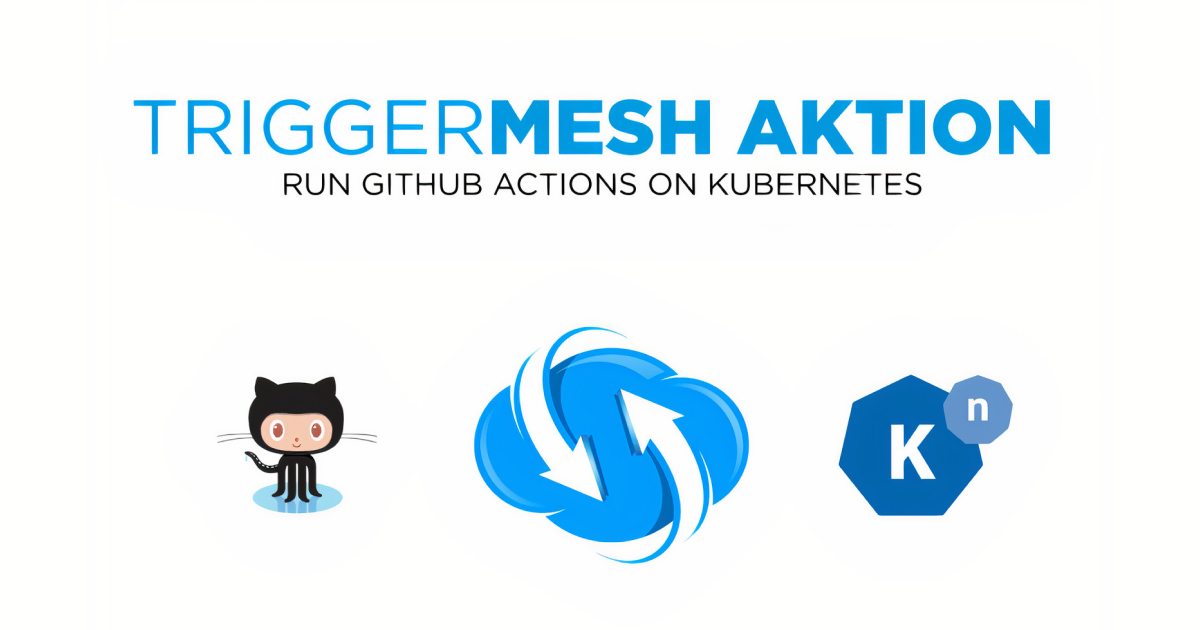 Tekton Pipelines is an open source project to configure and run CI/CD style pipelines. Tekton was announced as a founding project of the Linux Foundation Continuous Delivery Foundation. With Aktion, Github Actions are transformed in Tekton pipelines and are triggered by Knative eventing system. By running Tekton Pipelines and Knative GitHub event sources together on Kubernetes clusters, GitHub events such as code pushes and pull requests can launch the execution of GitHub compliant CI/CD workflows outside the GitHub infrastructure.

“We believe that multicloud doesn’t just mean Amazon, Google and Microsoft platforms”, said TriggerMesh co-founder Sebastien Goasguen, ”There are many specialized platforms such as GitHub that provide serverless functionalities that users want to combine. With TriggerMesh Aktion serverless users can use the friendly GitHub Actions syntax to express their workflows and run them anywhere including in their own Kubernetes clusters.”

TriggerMesh will be launching their TriggerMesh Cloud service in the near future which will allow users to host serverless functions and consume events from many cloud sources.  To join the TriggerMesh Early Adopters program and get access for free serverless hosting for a limited time only please visit – https://cloud.triggermesh.io/ .