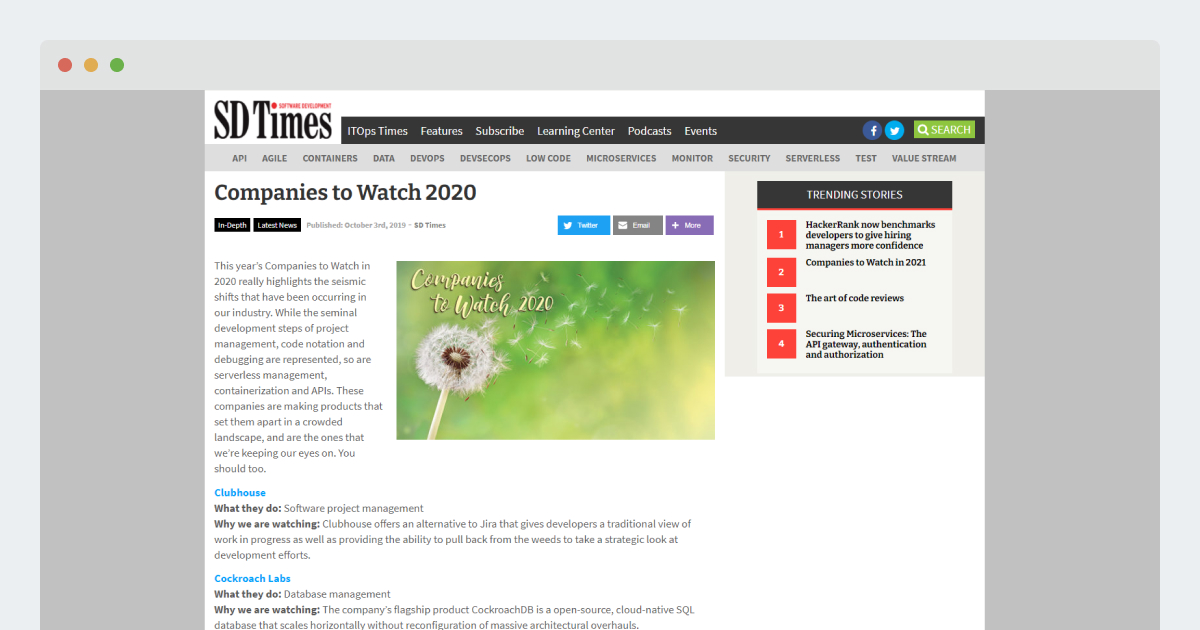 The use of microservices, cloud and now functions can cause a lot of complexity for developers. TriggerMesh takes over the mundane and time-consuming tasks by automating the deployment of functions into the cloud and integrating with popular serverless frameworks. The company recently partnered with GitLab to bring serverless capabilities to DevOps.

Read the rest at SD Times