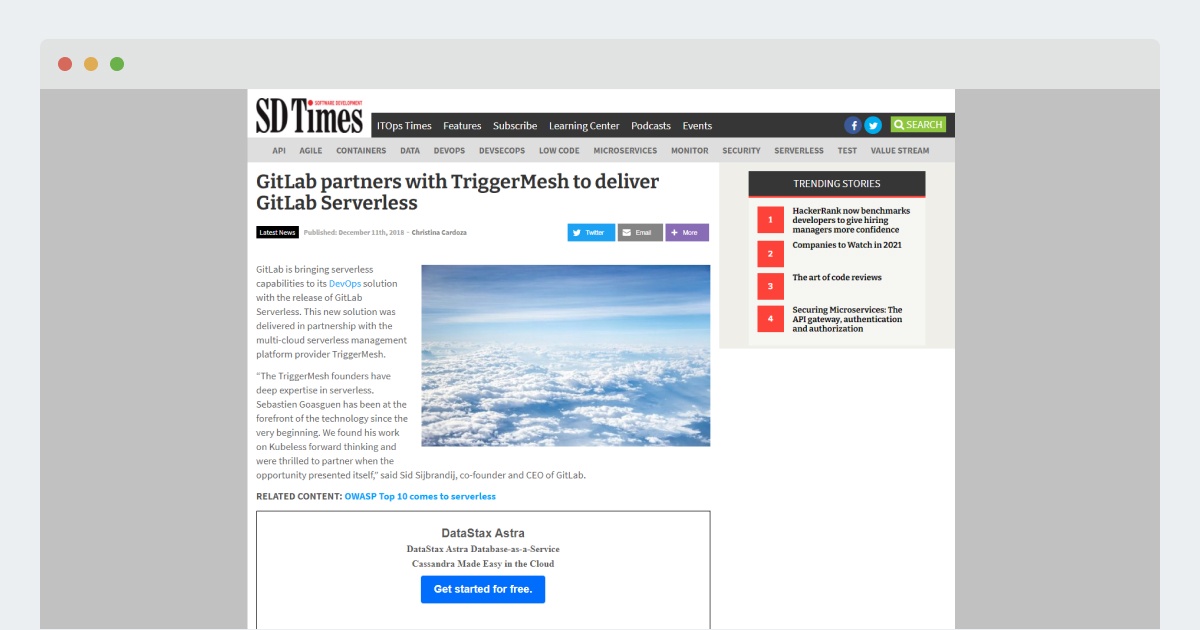 “The TriggerMesh founders have deep expertise in serverless. Sebastien Goasguen has been at the forefront of the technology since the very beginning. We found his work on Kubeless forward thinking and were thrilled to partner when the opportunity presented itself,” said Sid Sijbrandij, co-founder and CEO of GitLab.”