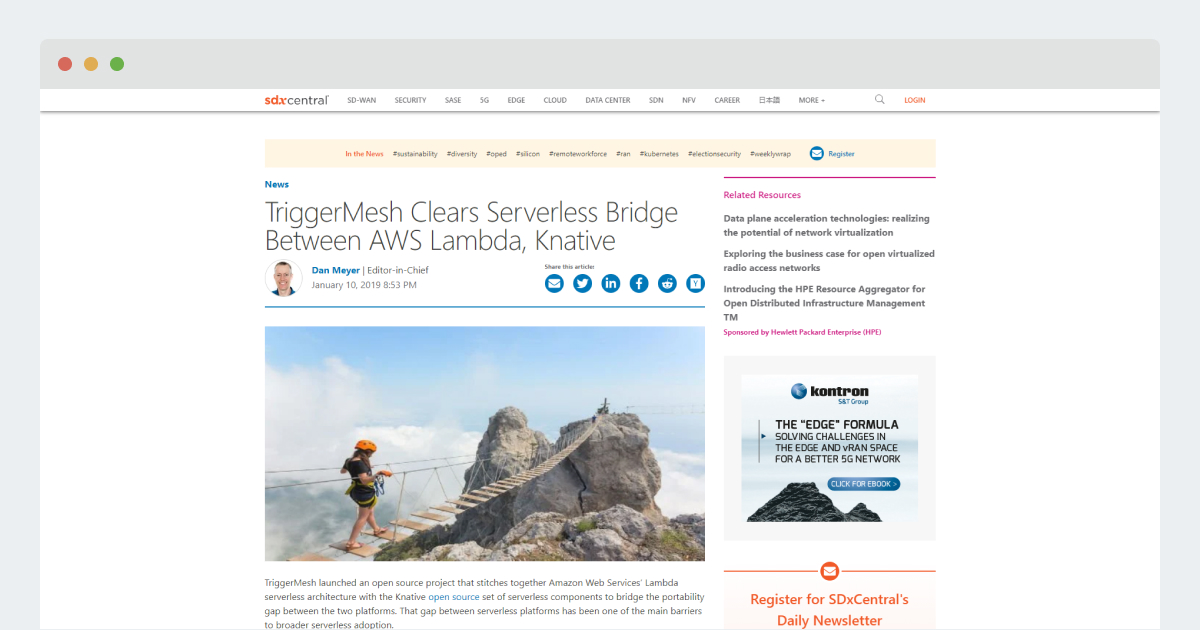 TriggerMesh launched an open source project that stitches together Amazon Web Services’ Lambda serverless architecture with the Knative open source set of serverless components to bridge the portability gap between the two platforms. That gap between serverless platforms has been one of the main barriers to broader serverless adoption.