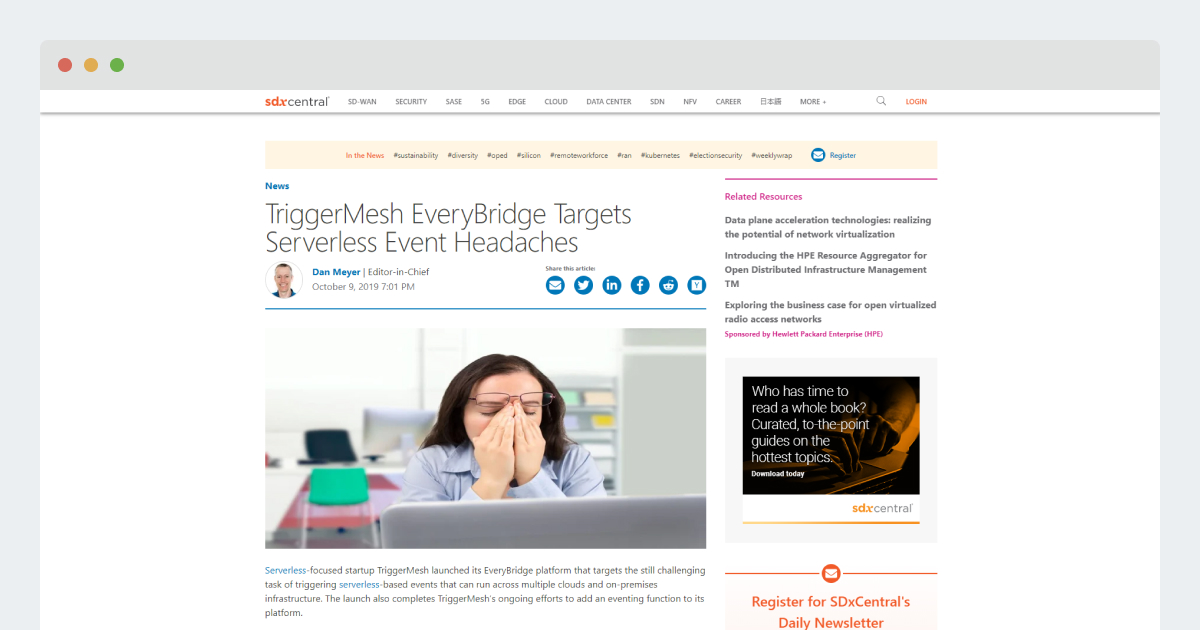 Serverless-focused startup TriggerMesh launched its EveryBridge platform that targets the still challenging task of triggering serverless-based events that can run across multiple clouds and on-premises infrastructure. The launch also completes TriggerMesh’s ongoing efforts to add an eventing function to its platform.

Read the rest of the article at SDX Central