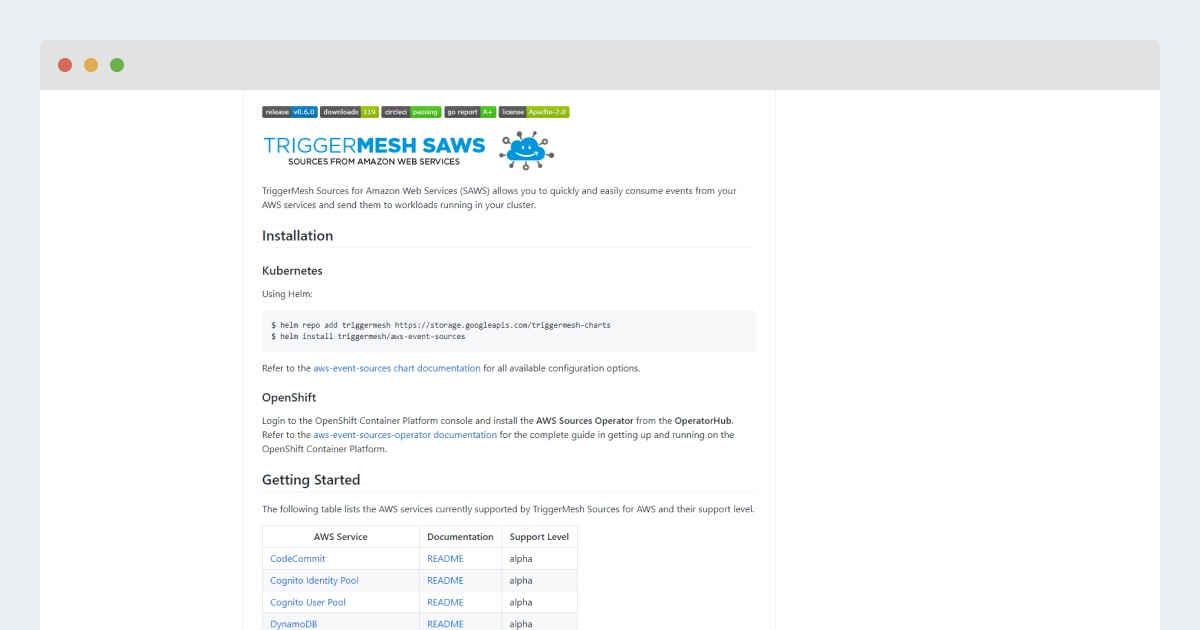 Sources for Amazon Web Services (SAWS for short, pronounced saws) are event sources that can be used to execute a serverless function on a non-AWS target.

Cloud services users that have functions running in AWS can now trigger workloads within Knative. Knative users benefit from features such as scale-to-zero and source-to-url FaaS functionality. TriggerMesh SAWS enables AWS events to be consumed by Knative and non-AWS targets.

The sources listed in this repo are fully open source and can be used in any Knative cluster. They consist of Go event consumers for various AWS services. Most of them are packaged as Container Sources and make use of CloudEvents.