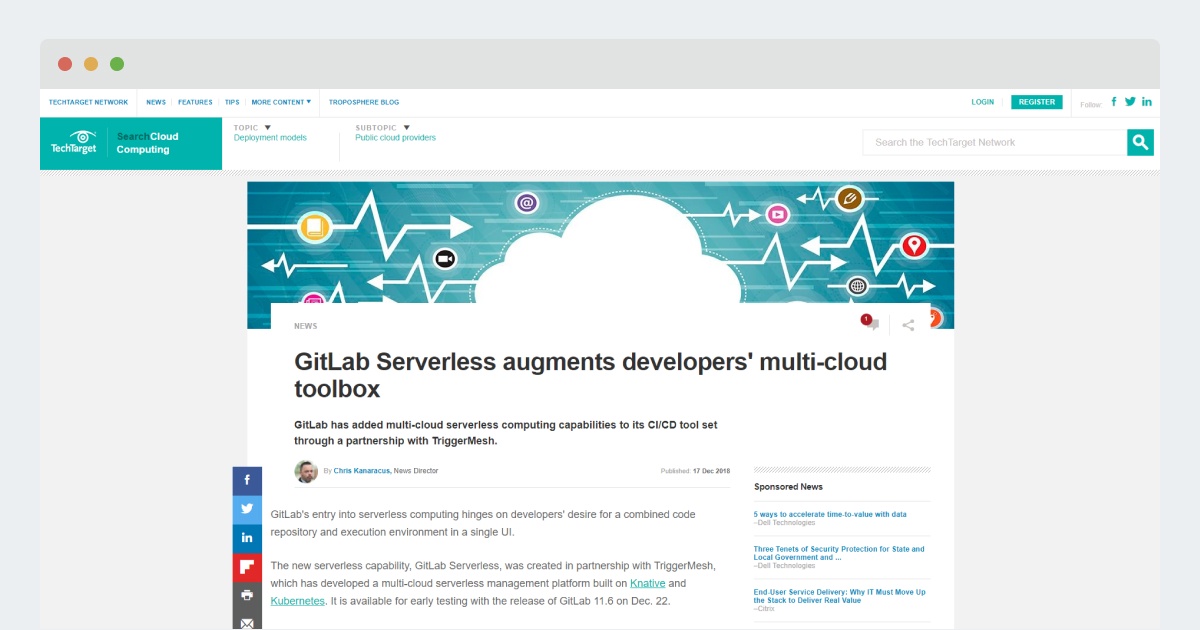 “The new serverless capability, GitLab Serverless, was created in partnership with TriggerMesh, which has developed a multi-cloud serverless management platform built on Knative and Kubernetes. It is available for early testing with the release of GitLab 11.6 on Dec. 22.”