ZDnet: GitLab enables deployment of serverless workloads on any cloud 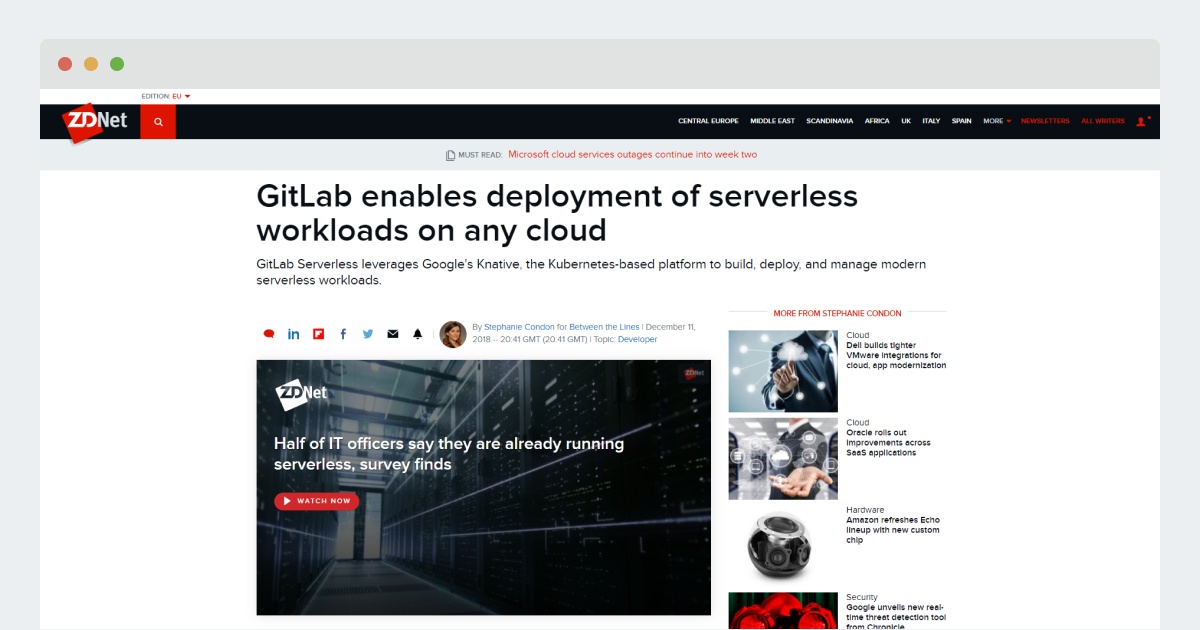 “GitLab on Wednesday announced it’s partnering with the company TriggerMesh to let enterprise customers deploy serverless workloads to any cloud, directly from the GitLab UI. The new product, GitLab Serverless, will be available on Dec. 22 as part of GitLab 11.6.”