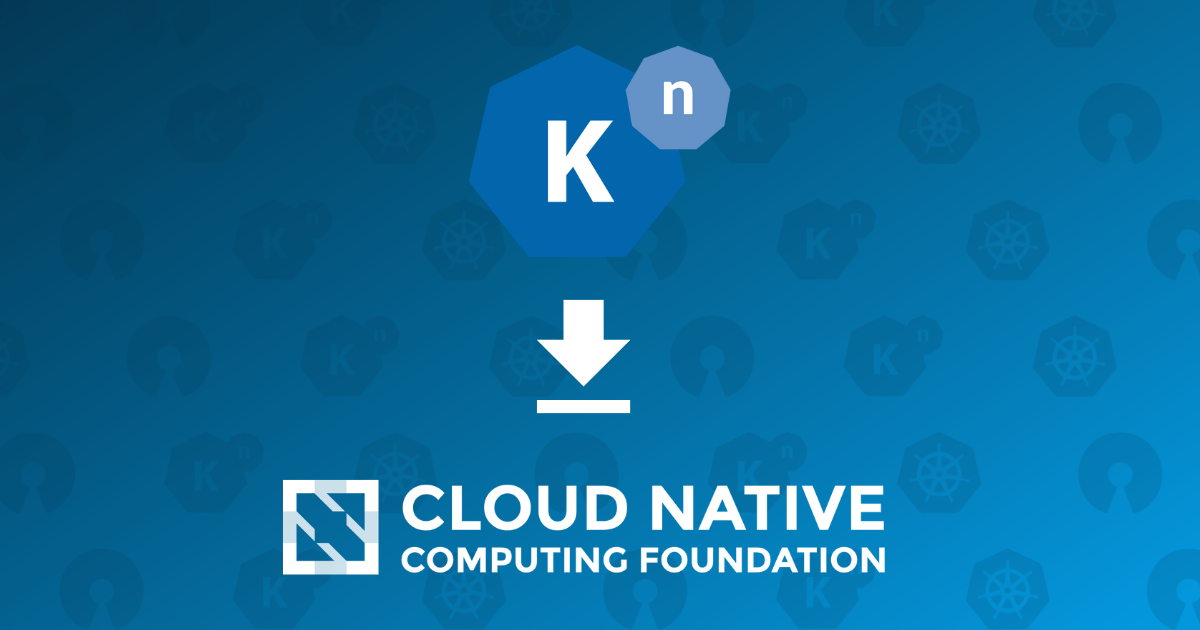 It was a happy day in early December when Google announced the decision to donate Knative to CNCF. As we blogged at the time, we believe this move will benefit the project, all its users and developers, and the cloud-native community at large.

Today, CNCF formally accepts Knative as the latest Incubating project. I’d like to use this space to explain why this matters to enterprises seeking to standardize their cloud-native stack as they modernize applications and embrace cloud integration and an event-driven mindset.

Undeniable benefits flow to enterprises when the critical open source tech they use resides in a foundation like CNCF. To me, the TL;DR is that foundations bestow confidence through growth and stability. CNCF offers an extensive catalog of services around security, tooling, CI/CD, vendor neutrality, legal protection, marketing, and more. All of which adds up to helping projects mature faster, which gives confidence to enterprises to incorporate them broadly in their stack. The comments from William Morgan, CEO of Buoyant in last year’s announcement that Linkerd had graduated from CNCF Incubation exemplifies the path we expect Knative will take:

“Graduation is a reflection of the incredible momentum behind Linkerd right now. In the past year alone, we’ve seen a 300% increase in downloads, adoption at high-profile organizations like Elkjøp, Entain, H-E-B, HP, Microsoft, and NAV, and a surge of new adopters...”

As Knative matures, we look forward to it following a similar path as Linkerd. As described in today’s CNCF announcement, Knative has a comprehensive roadmap of new features for both its serverless and eventing components. For instance, Knative Functions, currently in pre-release, improves developer productivity and ease of use for the Knative building blocks of Eventing and Serving, bringing an event-driven lambda-like experience to Knative.

While Google certainly provided world-class hosting, CI/CD, and security for Knative, now that it is part of CNCF, we expect the project will gain greater visibility and traction among both contributors and users. This, in turn, will ensure that the project roadmap reflects the input from even more vendors, more integrators, and more end users.

So, if you care about application modernization, standardizing DevEx around cloud native, and baking serverless and event-driven approaches into your next gen stack, now is absolutely the time to get involved in Knative to have the biggest impact on this key architectural component. TriggerMesh offers comprehensive Knative support to get enterprises up and running fast.

I wish to close by recognizing the hard work from the engineering team at TriggerMesh, and from Google, IBM, Red Hat, VMware and all the other contributors to Knative who have collectively made today’s announcement possible.