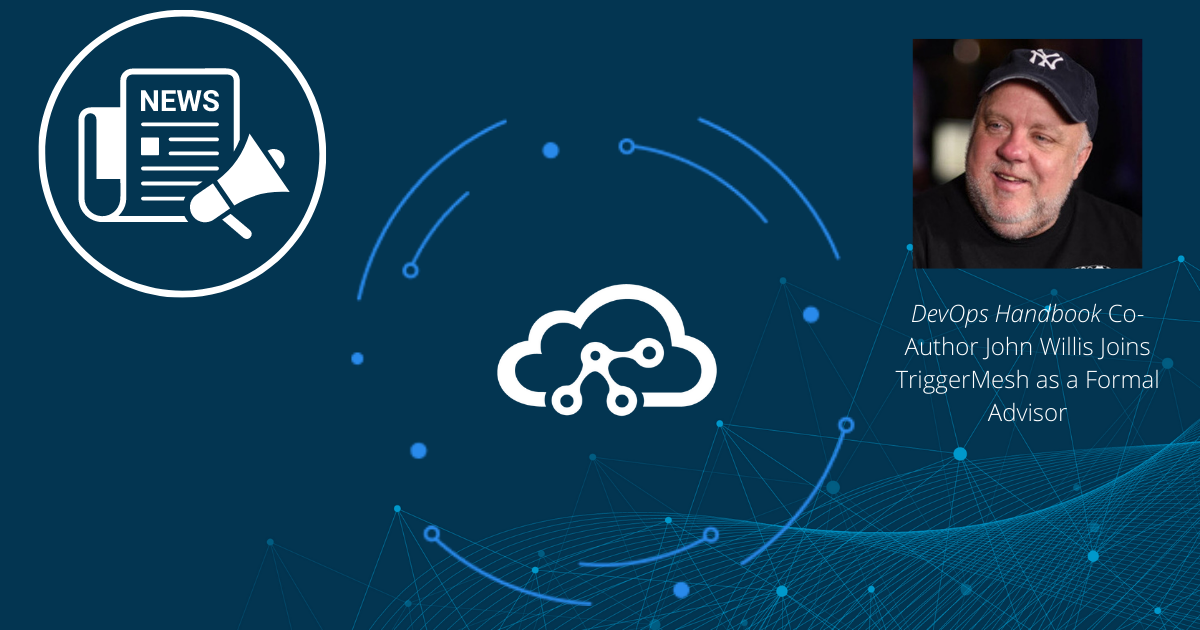 RALEIGH, NC and GENEVA, CH April 15, 2021 — TriggerMesh, a cloud native integration platform provider, today announced the addition of DevOps pioneer, John M. Willis (aka @botchagalupe on Twitter) as a formal advisor to the company. Over a long and distinguished career, John has held numerous roles as a programmer, start-up executive, author, and speaker. He’s the co-author of the Best Selling DevOps Handbook (co-authored with Jez Humble, Gene Kim, and Patrick Dubois) and a frequent speaker at DevOps and industry conferences.

John has held numerous positions in emerging technology companies, he was the co-founder of Sockeplane a networking company acquired by Docker, an early executive at Chef, Enstratius (acquired by Dell), Cloud Evangelist at Canonical, and is currently the Senior Director Global Transformation at Red Hat.

“I really feel that the TriggerMesh team has something that is special in bringing a tool that will have an impact on the way DevOps professionals deploy and manage integrations. Their Integration-as-Code is a clever and valid approach that mirrors what Infrastructure-as-Code tools like Ansible, Chef, and Hashicorp have done to automate cloud and legacy infrastructure.”

“I have known John for over 15 years and I have been impressed with his ability to identify trends and emerging needs of the enterprise,” said TriggerMesh co-founder and CEO Mark Hinkle,” His experience in systems management, cloud computing, and especially DevOps has been a huge influence on us as we bring our Integration-as-code integration platform for DevOps to market.”

TriggerMesh’s current offerings include integrations for a variety of multicloud and legacy applications including: